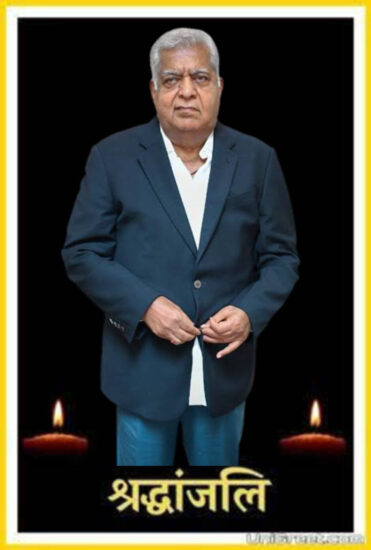 Senior film producer, financier, exhibitor and distributor Narayan K Das Narang (76) passed away. He was unwell for some time and was treated at Star Hospital in Hyderabad. The Thespian breathed his last at 9.04 am on Tuesday (April 19, 2022). He was survived by two sons and a daughter. His sons Sunil Narang and Bharath Narang are also film producers.

Narayana Das Narang was born on July 27, 1946. Had been in the industry for 50+ years, Narayan Das Narang is one of the film industry legends. The Thespian excelled in film production, financing, distribution, and exhibition. He is a big player in financing and is also a top distributor in the Nizam region. He had financed prominent films in Telugu, Hindi and Tamil languages.

Narayan Das Narang’s SVCC Production house is one of the most happening production houses in Telugu right now. In association with leading stars of Telugu cinema, he set up popular multiplexes- AMB Cinemas, AVD Cinemas and AAA cinemas.

Narayan K Das Narang is the Acting President Of Telugu Film Chamber Of Commerce Telangana. He is the silent force in the Telugu film industry, a visionary and a Stalwart of this era for many of his innovations. He is the leader in media and real estate as well.

Family members informed that the funeral will take place at 4 PM this evening in Mahaprasthanam in Jubilee Hills.