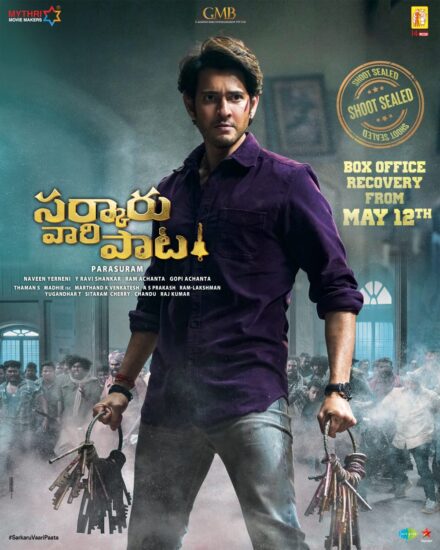 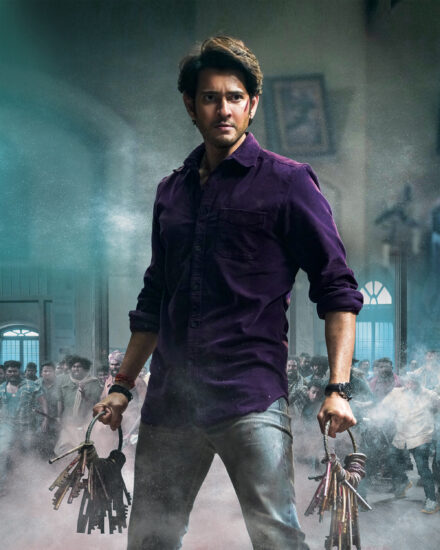 , Releasing Worldwide Grandly On May 12th

Superstar Mahesh Babu’s Sarkaru Vaari Paata is carrying enthusiastic reports, not just because of the presence of the superstar and it is being directed by Parasuram who delivered a blockbuster with his last movie. The promotional material is hiking prospects on the movie, while the team opted for aggressive promotions.

It’s a wrap for the entire shooting of Sarkaru Vaari Paata. The team was canning a mass number on the lead pair and dancers in a huge set in RFC, Hyderabad. The shoot of this song is completed now. So, all the production works of the movie are done. Post-production works are also underway for the movie.

Music sensation S Thaman scored soundtracks for the movie. The makers so far released two songs- Kalaavathi and Penny. While Kalaavathi received blockbuster response, the second song Penny that showed graceful moves of Sitara Ghattamaneni turned out to be a sensational hit. Now, it’s time for the third single. It’s a title track of the movie to be revealed tomorrow at 11:07 AM.

A powerful poster from the song has been dropped, meanwhile. It sees Mahesh Babu holding a bunch of keys in both of his hands. He looks ferocious here, as he is about to take on the rowdy batch. The mass-appealing poster indicates, the film will be high on action.

R Madhi handles the cinematography, while Marthand K Venkatesh is the editor and AS Prakash takes care of art department.

Sarkaru Vaari Paata will have its grand release worldwide on May 12th.

Be keep up! Get the latest breaking news delivered straight to your inbox.

Please Support US
By signing up, you agree to our Terms of Use and acknowledge the data practices in our Privacy Policy. You may unsubscribe at any time.
Vissu April 22, 2022
Share
What do you think?
Love0
Sad0
Happy0
Sleepy0
Angry0
Dead0
Wink0
Previous Article